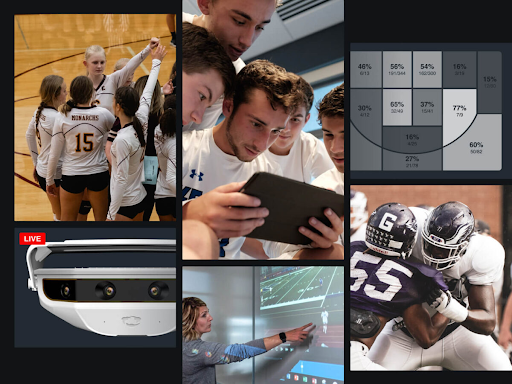 Every sport is on an equal playing field at this Texas high school, thanks to their Hudl Athletic Department Package.

As a former head football coach, Max Kattwinkel learned firsthand how Hudl Assist could be both a competitive advantage and a time-saver for a coaching staff.

“It’s very time-consuming to get film broken down,” he said. “[Hudl] cut our time in half as far as preparation.”

Assist was only the beginning. Now the athletic director at Lubbock Cooper ISD (Texas), Kattwinkel brought those benefits program-wide by upgrading to Hudl’s athletic department package.

“Football is king in Texas,” he said. “But we have a lot of other sports that deserve that same type of preparation, ability and efficiency.”

Two sports in particular have really blossomed while using the athletic department package under Kattwinkel’s watch. “Our soccer programs are in love with it as far as filming and preparation,” he said. Kattwinkel also mentioned baseball as a surprise beneficiary. “I wasn’t familiar with how they’d use it, but they’re raving about it and what it does for them.”

“Football is king in Texas. But we have a lot of other sports that deserve that same type of preparation, ability and efficiency.”

An Indoor and Outdoor Solution

Lubbock Cooper started using Focus Indoor last year and immediately saw the benefits. The hands-off nature and easy usability of the camera are embraced across the program. Coaches have especially loved the ability to record practices—having all the different phases of each practice on film is invaluable to them.

Kattwinkel is excited to bring the same capabilities outdoors. “Sign me up,” he said of Focus Outdoor, which Lubbock Cooper will install this year. With how much basketball and volleyball enjoyed the automatic filming of their practices and games, his decision to bring those capabilities to their outdoor sports was a no-brainer. “The ability to get all our sub-varsity games covered and livestream them as well is a huge, huge component for us,” said Kattwinkel.

Max Kattwinkel and other Texas athletic directors discuss how Hudl’s athletic department package has been key in helping them grow their programs.

Bringing Sports into the Community

Both Lubbock Cooper and the broader community have felt the impact of Hudl. During a challenging year filled with capacity restrictions and distancing measures, livestreaming events to the public was vital.

Lubbock Cooper broadcasts their games for free, giving fans both near and far the ability to tune in safely. “It’s been received very well,” Kattwinkel said.

Parents and athletes alike have also bought into Hudl’s recruiting tools. Many young athletes at Lubbock Cooper have intentions of playing at the next level, and Kattwinkel points to Hudl highlights as an important way to get them noticed. “It’s a good way to broadcast those kids—parents are very receptive to that.”

Ready to take your school’s athletics to the next level? With Hudl’s athletic department package, it’s easier than ever.