By John O’Sullivan, founder of  Changing the Game Project

This article is written to athletes. It is something you can share with them to help motivate them to set their goals high.

The extra mile is a lonely place, but it is the only path to greatness.

There are no fans lining that mile. No cameras. No bright lights.

Most of your teammates won’t join you there, because your dreams belong to you, not them.

Many of your “friends” will tell you that you are wasting your time, because how could they know how badly you want it? They have no idea.

Your coaches and parents may inspire you, but they can’t do the reps. Only you can.

When Steph Curry had to change his shot technique in high school, do you think his friends cared how late he stayed up practicing? How many of his friends were willing to show up an hour early to practice, or stay after, waiting for him to swish five straight free throws before calling it a day? When does your practice begin? When are you satisfied enough to call it quits for the day?

When 2x world and olympic decathlon champion Ashton Eaton takes to the track, he isn’t the favorite because he was born an elite track star (just look at his first pole vault). He made a decision. He decided to become a decathlete and he refuses to let anyone work harder than him. Are you outworking everyone you compete against?

Michael Phelps could have stopped at 19 gold medals, but he wanted more, and he wanted them bad enough to be at the pool day after day at 4am. “I can’t remember the last day I didn’t train,” he said. Can you?

No one would have blamed Heather Dorniden for quitting when she fell flat on her face with one lap to go in the Big 10 600 meter Championship, but she got back up and finished. She hadn’t run so many extra miles simply to give up. Have you?

You must embrace the struggle.

You must embrace it when it makes you smile.

You must embrace it when it makes you cry.

You must embrace it when it tears your heart out, and makes you question everything.

You must embrace it because you are on that lonely journey to the top.

The struggle is a privilege.

You have the privilege of working your tail off when everyone else has called it a day.

You are in the arena. You are spending yourself on a worthy cause.

At best, you may become a champion.

At worst, said Teddy Roosevelt, “at least you will fail while daring greatly, so your place will never be among those timid souls who know neither victory nor defeat.” 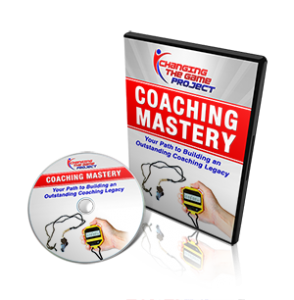 If you want to be great at anything in life, then you have to be willing to go the extra mile again and again. The extra mile is a lonely place, but once you go there, you will soon realize it’s the only place you were meant to be.

And when it’s all over, your only regret, if you have one, will be that you didn’t go there more often.

Coach O’Sullivan is offering a free video series</strong> that is part of his Coaching Mastery Program. Click on the image for more information about this free offer from  Changing the Game Project