This article was written by Lindsey Wilson. Lindsey is the Co-Founder of Positive Performance Mental Training Zone. She has been teaching, writing and speaking about mental training for the last 6 years.

I hope you can find a few points that you can share with your athletes that will have a positive impact on your team. 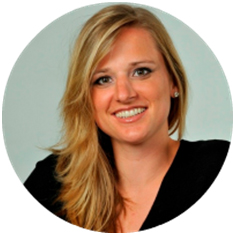 13 Ways to be More Coachable

Sports are filled with mental challenges, many of which we athletes bring upon ourselves. The coach-player dynamic is only one of the multitude of difficulties we face, but at the same time it is often the most difficult to navigate. And it’s not surprising why: receiving criticism in any area of life is tough – from teachers in the classroom, from the boss on the job, or from family or friends in our personal lives – but being able to graciously receive advice and mentorship is a necessary part of growth.

Uncoachable athletes show certain key behaviors. It doesn’t take long for a coach to spot an uncoachable player, and very rarely can a coach make a player coachable.

How does one coach an athlete who fights back? It’s a daunting task.

No question: We athletes can be sensitive people. Though we may look tough on the outside, we can be delicate underneath. In talking with a number of coaches, trying to sort out those characteristics of coachable versus uncoachable players, this is what we discovered about athletes in general:

As a former collegiate athlete, I’m guilty of all of the above. While I tried my best to be coachable and to not take things personally, my attitude was (and sometimes still is) something that needed constant attention and required constant mental work.

(Becoming more coachable isn’t something that can be achieved with more drills, more reps, or multiple coach-player conferences. Those are external methods of repair that a coach can implement, but a player’s coachability is a mentality that requires diligence and attention from the athlete. In other words: coachability is up to the athlete, not the coach. The worst of it is that, most of the time, athletes don’t even KNOW they’re uncoachable! It can be a shock to find out that it isn’t the coach, it isn’t the team, it isn’t the sport, isn’t the equipment… it’s actually themselves who are making life so hard.)

13 ways to be more coachable

Now that we’ve established why being coachable is critical to your development as an athlete, let’s go through the steps: 13 Ways to Become MORE Coachable:

So, that’s my list. And, because transforming yourself into a more coachable athlete is mental training, there are many, many more ways other than these simple 13 that you can use to improve.

Athletes, I encourage you to get together with one or more of your teammates and see what their thoughts are on this list. What would you add to it? What can you expand upon? What are some times you’ve found it REALLY hard to keep to this list? If you are a more senior athlete, have you felt frustration while mentoring a less experienced player? How did the uncoachability of that player make you feel?

And, if you’re willing, please tell me about your experiences with coachability by sharing in the comments section below.

Here’s to self-improvement through mental training!

P.S. Too many rules to remember offhand? Download and print this How to Be More Coachable out as a consistent reminder on keeping yourself coachable. Tape it in your locker, post it in the locker room, toss it in your gym bag, share it with others… whatever you need to do to grow and maintain your coachability and to steadily improve your mental skills as an athlete.