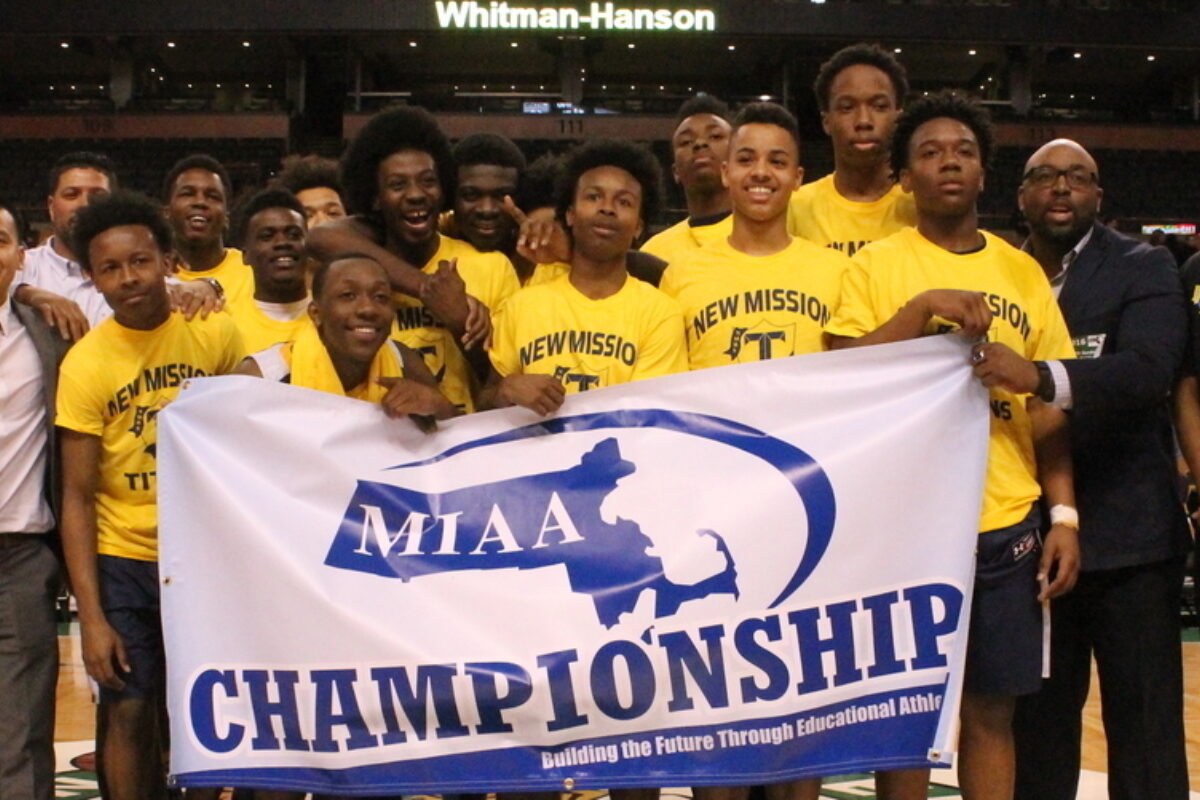 Former coach and athletic director Cory McCarthy shares how focusing on three main priorities made a huge impact on New Mission High School — and how they can do the same for your school.

Basketball transformed my school, New Mission High School (Boston, Mass.). We were once an alternative education school with low student growth. Our basketball teams had jerseys with numbers made of tape. We had to take public transportation to the games. Practice was running two miles to a train station and back. Having gym time was about as impossible as shaving while skydiving.

But we had players who believed this chance to play was their opportunity to survive. I remember sitting in the back of a bus from Somerville fielding questions like, “Cory, you think I can make it? Can you tell us about college? Why you still here man? We’re terrible.” We weren’t talking about basketball, we were talking about life.

Two years later, that same team was in the state championship game with only six players, one just eight post-op from hernia surgery. Our small alternative education school with the taped jerseys won a state championship, and our entire school was there to witness it.

Another year later, we had attracted even more students and clinched another state championship. And finally, when a school on the other side of town closed, we got a gym of our own.

Because of sports, we cemented our identity. Because of sports, I began to see more parents at games and meetings. Coaches can easily see the inherent value of sports—our challenge is to get kids to believe in themselves, change their course and inspire others.

Throughout my years as a five-time state championship coach, I’ve learned there are three major components in building a program that will provide student-athletes the best experience and character development possible.

Not only do coaches need to do whatever it takes to help players believe in their own value to the team, they must also understand that it’s not always the game plan that wins the game—it’s the team’s identity and philosophy.

Think of culture as a loose ball. You gotta dive for it. My focus is on making sure my players handle the honorable variables of being an athlete, like time on task, engagement, random acts of kindness and, most importantly, the two “extras” that help you win in the classroom—extra credit and extra help.

There are so many things coaches can do to build a strong culture. I spent my first paycheck as a basketball coach on making 300 t-shirts with our team logo and mantra. I handed those out to anyone who would listen. Months later, many of our freshmen showed up to school with New Mission t-shirts already on their backs. These kids had never played for me, but they were already connected to our team culture. They were Titans.

If you have no idea what your players’ home situations or backgrounds are, how can you expect to coach them? Player development is not exclusive to skills and drills anymore.

It’s the conversations that happen after practice. It’s the bus ride to or from games. It’s the impact a coach can have on a player in their most vulnerable moments. You don’t even have to talk—it’s more important to listen.

Relationships help players buy in. I always kept an identity chart of my players so I could help them understand the value of being their best self even when it was hard. Be the example—teach them how to show who they are by showing them who you are.

Coaching is a job where when you win, someone else gets the credit, and when you lose, “It’s on you bruh.” It’s full of ups and downs. But when all else fails, trust in your players.

As coaches, we need to remind ourselves of the impact going the extra mile can have. It matters if I drive the 20 miles to take a player to a college visit or show up to a parent meeting. It might be the difference between life or death if I don’t check up on a kid in the summer to make sure drugs or violence hasn’t swallowed them whole.

How to Get Started

Everyone seems to hate the phrase, “Ball is life.” But from my experience, it is.